That could have gone better

We were going to dismantle the structure for the Abbey today.  We planned on taking it down piece by piece and labeling it all so it could be painted next weekend.  We started at one end and took out a couple of screws and backed off the end.  Once we did that the structure started to lean and then it fell in on itself crashing to the ground as we watched in shock.  No one was hurt and it only broke a rose bush branch and tore part of a canopy.   The pictures say it all.  At least it was down but not how we planned it. 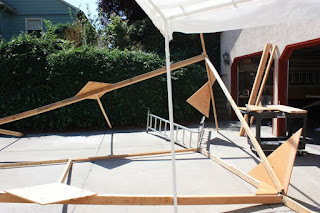 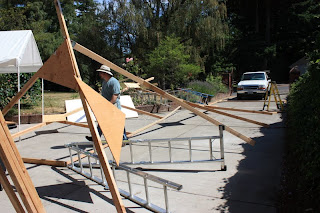 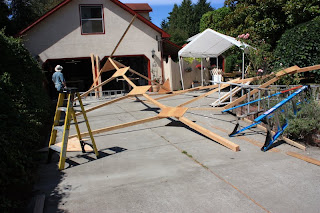 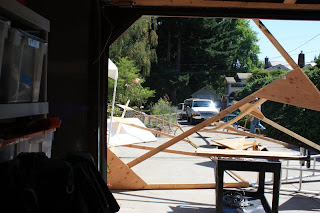 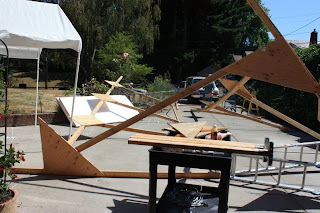 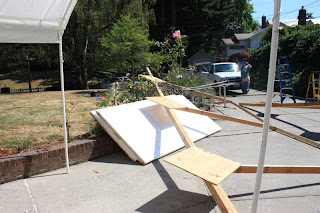